Get a weekly dose of Black Joy in your inbox every Friday. Subscribe to the Black Joy newsletter here.

Welcome the first edition of the Black Joy newsletter – an evolution of our weekly series highlighting the different ways we show off our Black magic. Thanks for joining us for this beautiful ride!

No one could have predicted the seesawing emotions this week produced. We are here to honor the complexities of that pain while still pursuing joy.

While I can’t foresee what will happen in the coming weeks, know that in this space, Black girlhood will be seen as precious and will not be questioned. Black fatherhood will be honored for its presence of love and protection. And Blackness will always be magical.

That being said, may this week’s edition of Black Joy be a salve as we talk about being B(L)ACK outside. Temps are warming up, flowers are blooming and you know that sunlight makes our melanin pop.

On the move with Black Adventure Crew 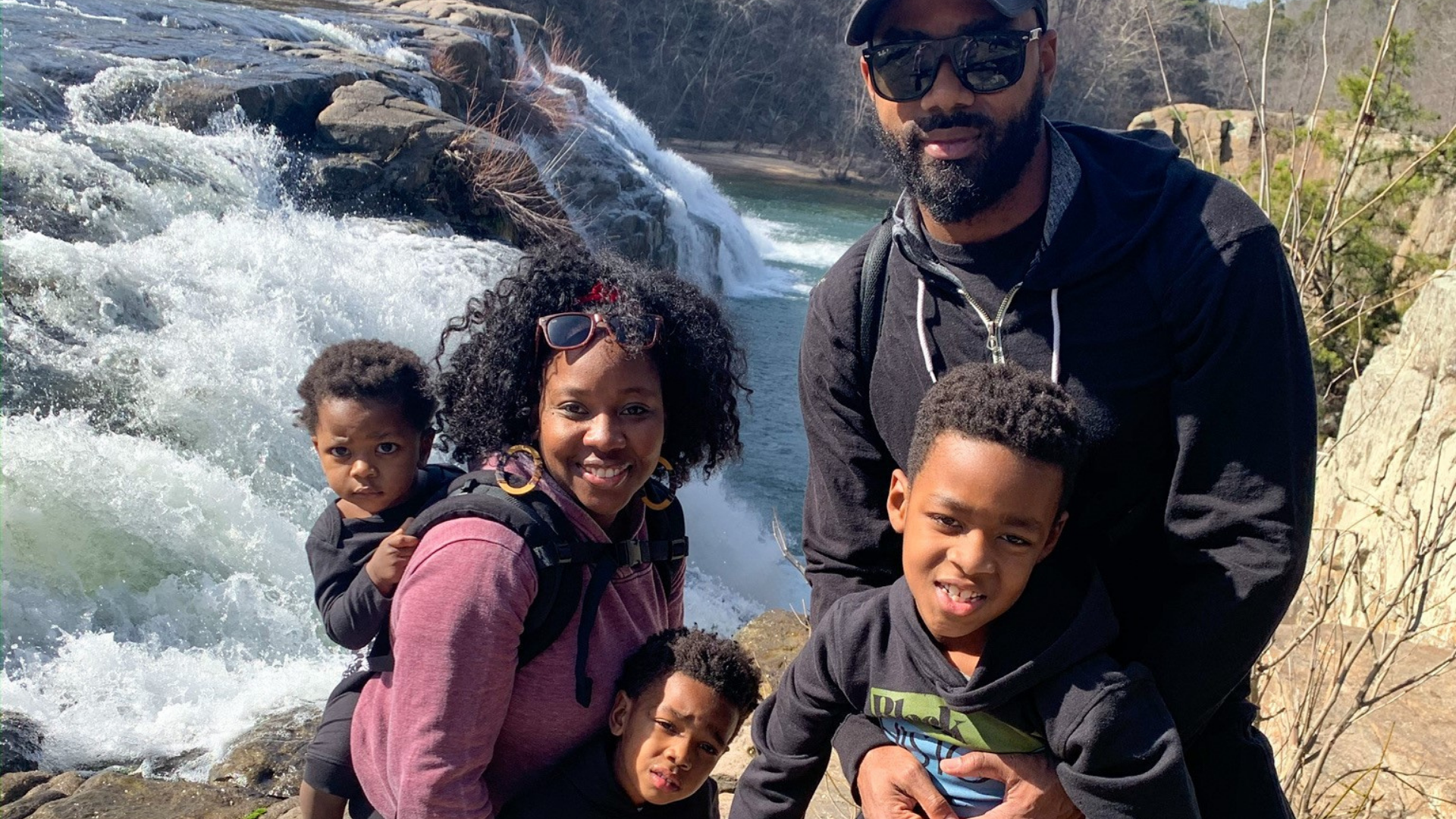 If I could give this north Alabama family a motto, it would be: “Catch us outside. How about that?”

The self-dubbed Black Adventure Crew – made up of Zenovia and George Stephens and their three sons, ages 8, 5, and 2 – is on a mission to inspire more Black and brown families to explore the outdoors. You’re sure to swoon over the crew’s Instagram featuring snapshots of the kiddos splashing in creeks and frolicking in forests and sunflower field. Black boy joy on full display. George Stephens shows the fullness of fatherhood as he plays, protects and nurtures his boys both on and off the trail.

Growing up in the concrete jungle of Chicago, Zenovia Stephens’ relationship with nature wasn’t as intimate as it is now. She fished on Lake Michigan with her stepfather, but it wasn’t her thing. She moved to Huntsville, Ala., in 2004 to attend Alabama A&M University, where she met George.

Although the college sweethearts spent their dates chasing rainbows across Huntsville, they were unaware of the wealth of outdoor activities the city offered.

Whether they’re taking a short excursion to Alabama’s highest natural point or voyaging through Tennessee’s Great Smoky Mountains, Zenovia Stephens hopes these adventures teach her boys the importance of respecting nature and being the architects of their own happiness.

Black Adventure Crew is about more than looking cute for the Gram. Zenovia also shares the family’s love of the outdoors with other Black and brown families by expanding the crew’s mission in several ways.

“This land is a part of our history and we need to take advantage of everything that it offers,” Zenovia Stephens said.

Read our Reckon article to learn more about why Black Adventure Crew do what they do.

Embracing the outdoors is not as complicated as you think. You don’t need fancy gear and shoes. Nor do you have to trek for long. For those wondering where to start, Zenovia Stephens and I have a few tips. You can get started by downloading the AllTrails or Gaia GPS apps.

More Black adventurers to hit up 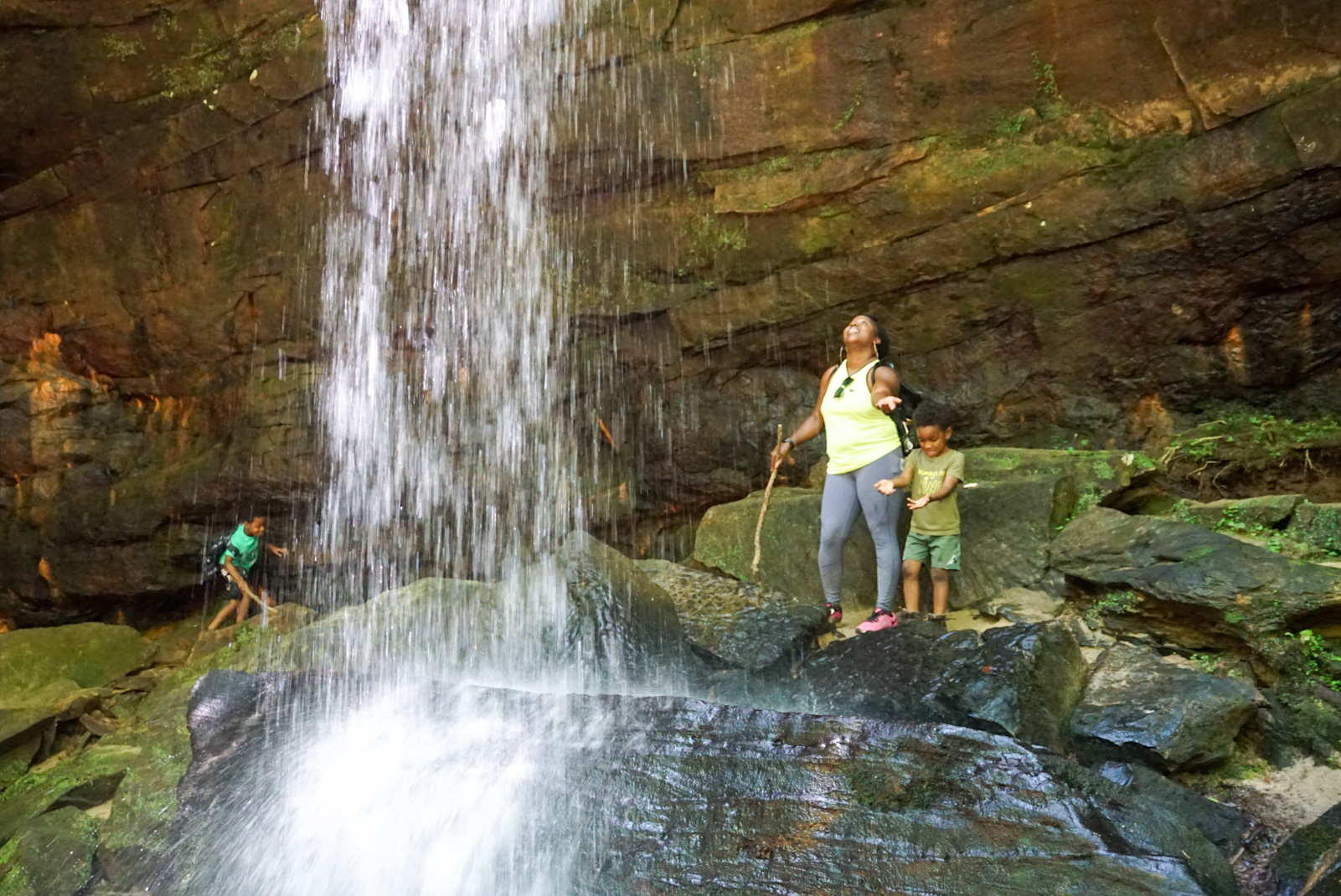 It’s cool if you need a little motivation. Here are a few Black outdoor enthusiasts to follow in the South and beyond.

Go forth and keep spreading your own Black Joy outdoors. If you enjoyed this week’s Black Joy, consider forwarding this newsletter to a few of your friends. You can sign up to receive future Black Joys here.

See you next time!